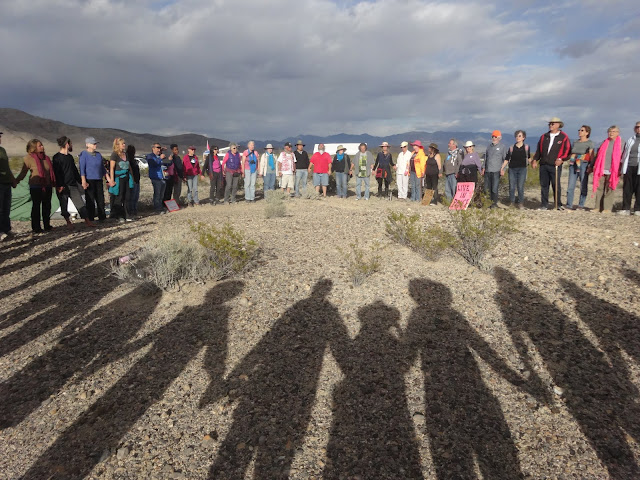 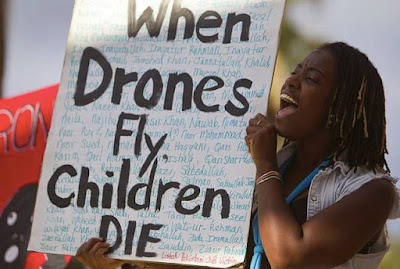 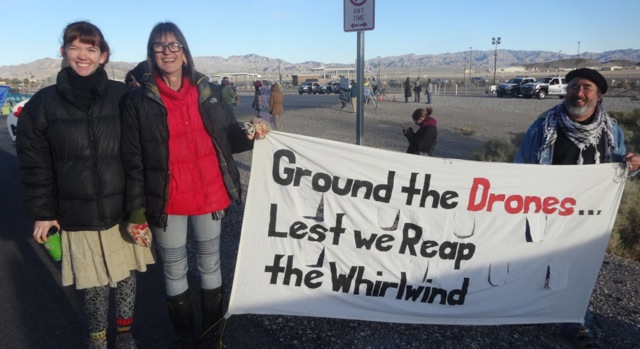 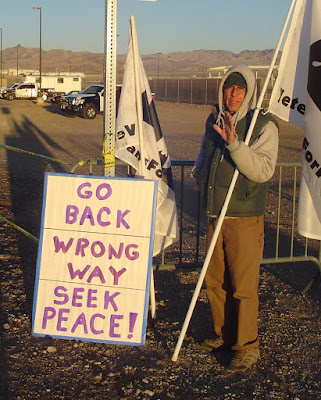 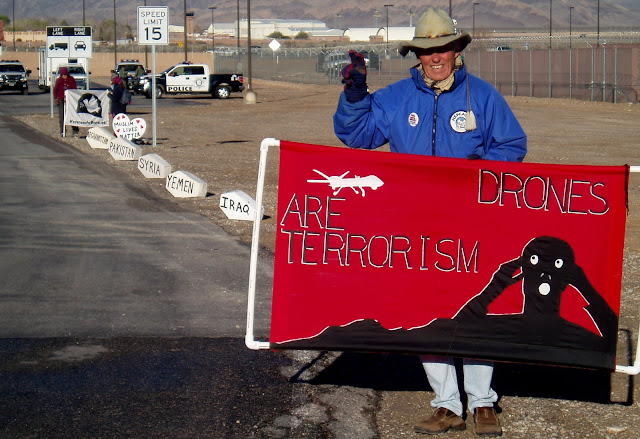 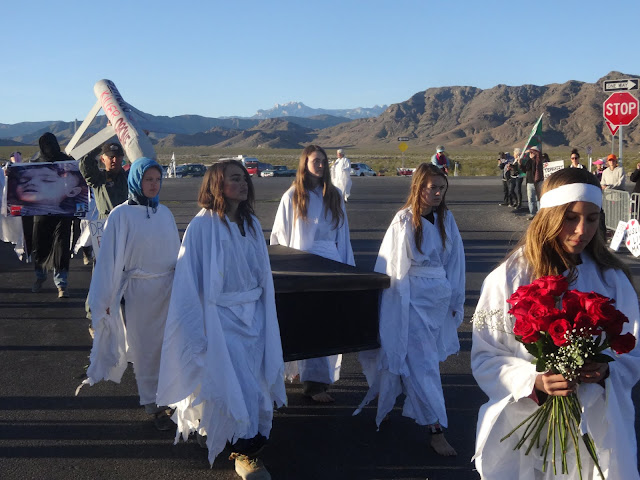 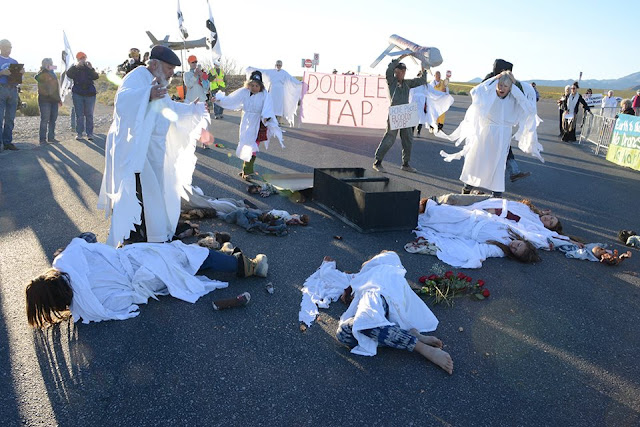 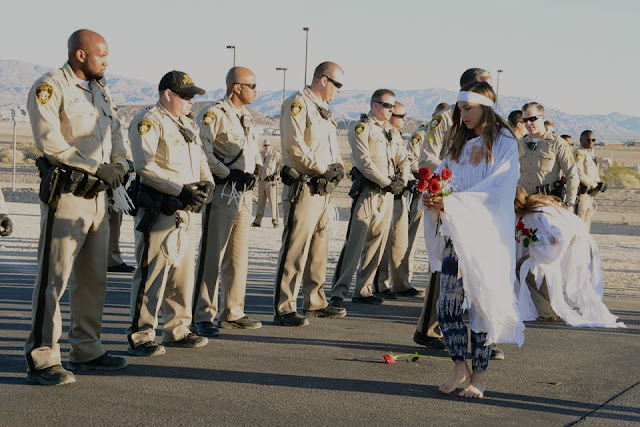 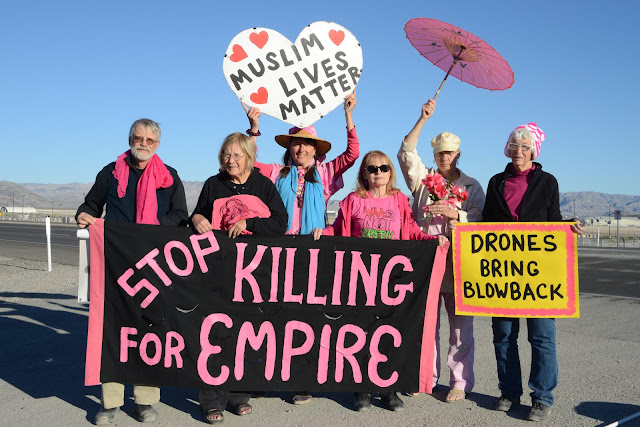 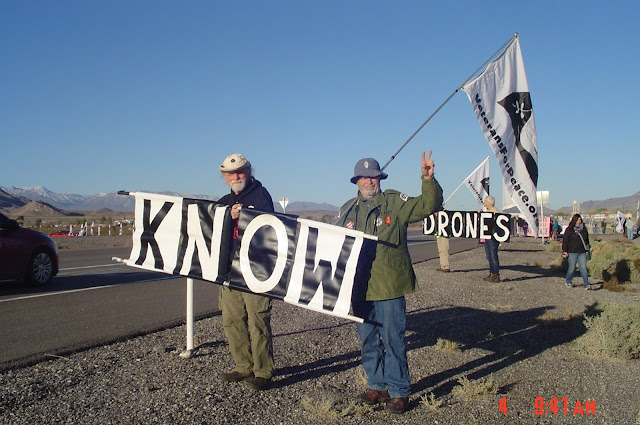 Veterans for Peace, Barry Binks & friend, "educating on the highway."   Check it out:  KnowDrones.org 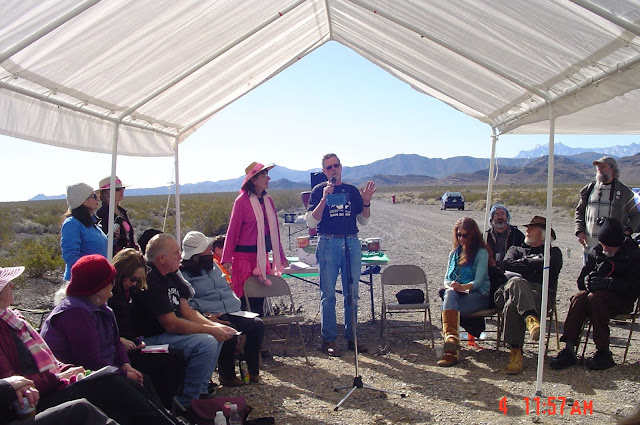 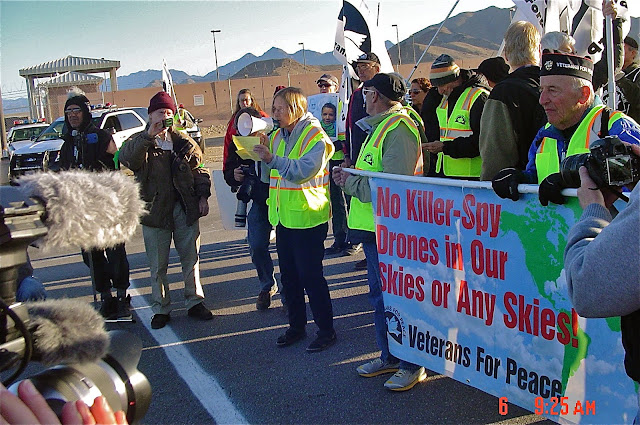 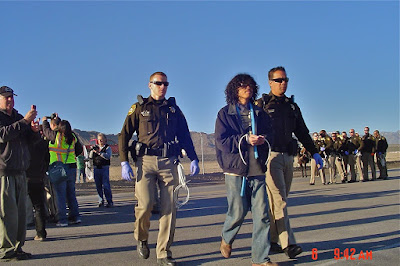 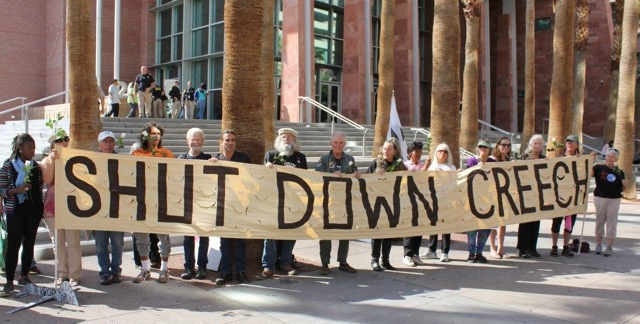 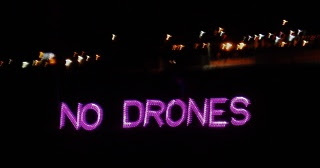 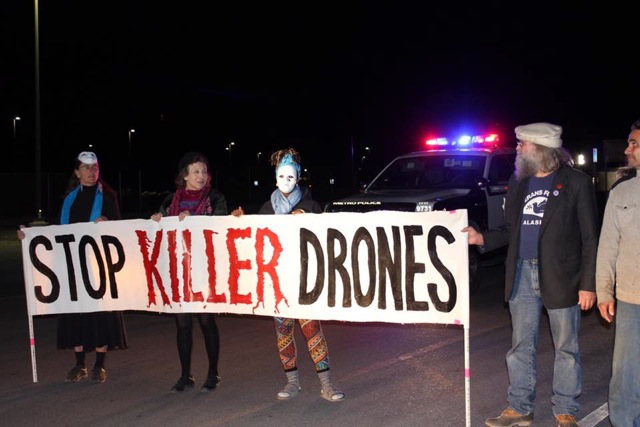 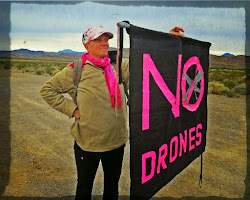